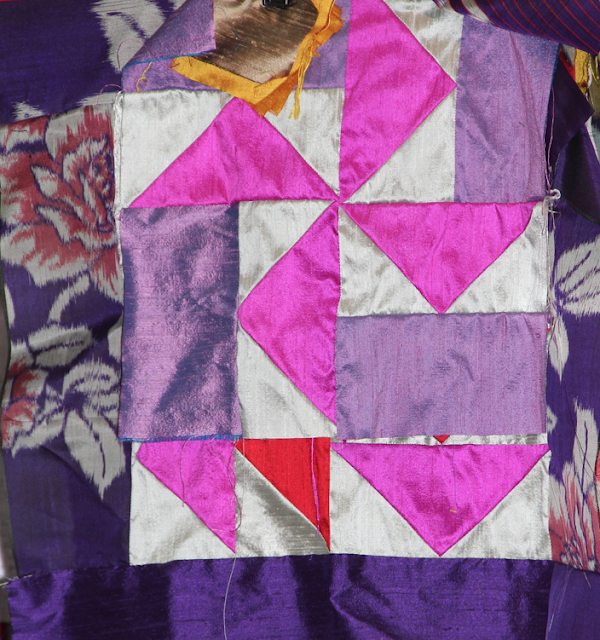 Silk.... I was thinking about old crazy quilts that are made with all those scraps, and wondered why on earth someone would have had that many scraps of silk around to make those beautiful quilts way back in the days.... It's such a luxurious fabric to work with... My stash of silk is not very big, But what I have, I treasure! It's hard to cut into...  Although I have, of course!
I still need to finish my 2011 Kitchen Sink quilt with silks... It hangs her patiently. Waiting.  And I can start to see I need to finish it up soon... I'm feeling it again. 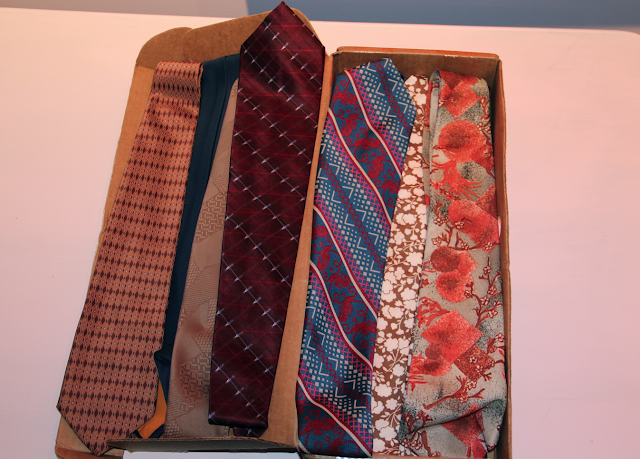 I've seen many silk quilts done from ties and cigar ribbons etc, which seems much more realistic for quilts to have been made from.  So, I've started collecting ties, waiting for the day I can cut them all a part... Putz-y, but so much fun to work with! Crazy patterns and colors! Most are just so ugly they can only can look great in a quilt! 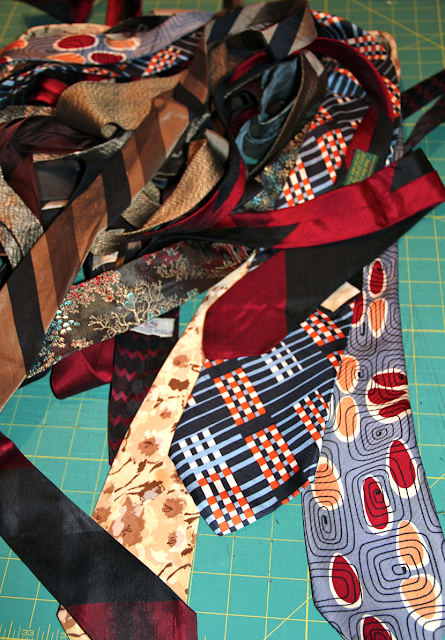 I read in one of my books that there were companies that actually sold SILK scraps. In 1879 the trend of buying Artistic scraps started appearing in Ladies magazines inspired by JAPANESE quilts called ''Crazies.''  I think it's interesting that The Japanese are still setting trends in quilts and fabrics...
It said that often the lace trims, silk packages for purchase often came from Casket companies, seamstress or milliners.   And In 1899 you could buy for 25 cents a ''MAMMOTH package of over 100 silk remnants some over 30 inches square'', plus a pattern and embroidery stitches...  !!
It's such a great idea, I think they should still do that!
I had a call from a local interior design company who wondered if they could drop by some Fabric swatches that they had accumulated... later I found out, that they had 20 boxes....!!!!
I politely declined... Although that would have been insanely fun to dig through, it would have certainly put me over the edge into ''obscene fabric collector'' ha! Can you imagine? I thought they meant like a bag or two... not 20 boxes! 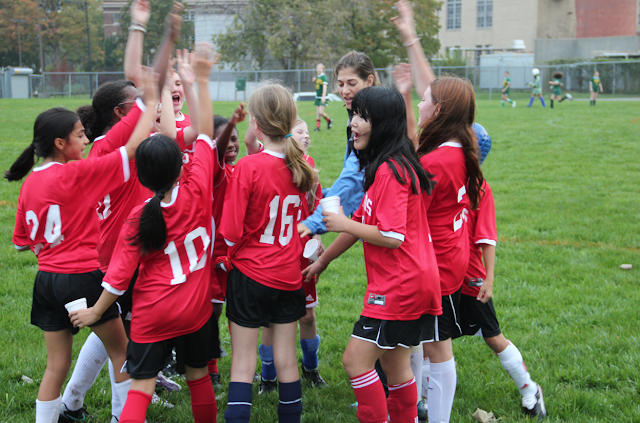 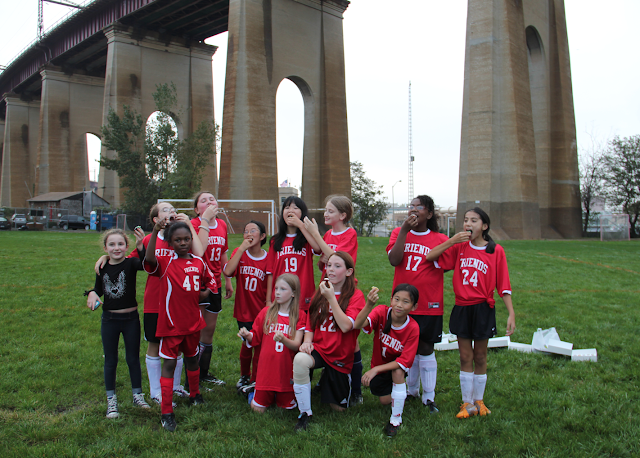 Boo's team had their third soccer game last night.  The girls who have just enough players with no subs, had, had a rough start the first couple games, losing 4-1, 5-1...But last night, the team really played their strengths, and they held their own! NO ONE scored! The game ended 0-0... They were so happy! My little goalie did great! They celebrated by eating mini cupcakes!  Way to go Owls! ;-)
Posted by Victoria Findlay Wolfe at 8:32 AM

Hi! Thanks for leaving me a comment!
I appreciate your taking the time to say hi!
Have a fabulous day! 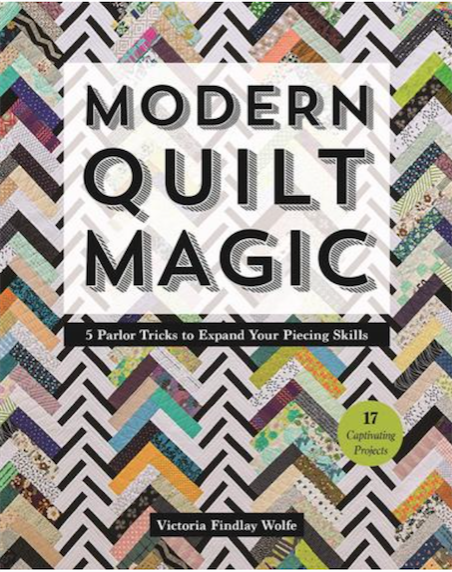 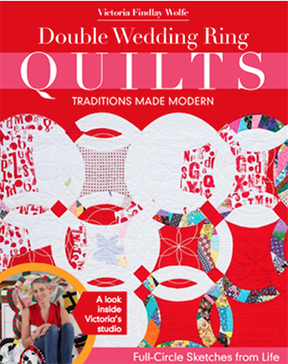 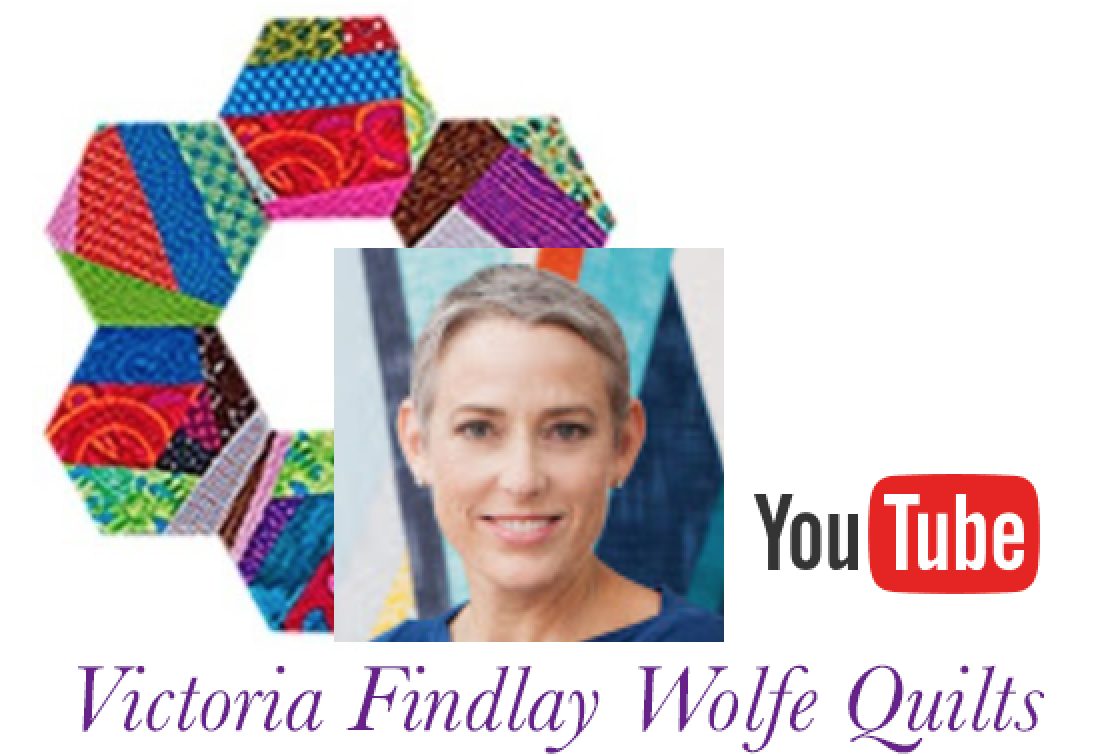 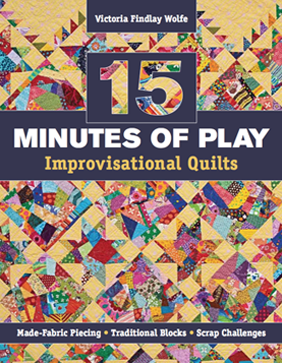 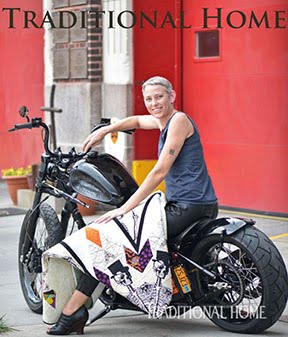 
Please do not use my original photos, QUILTS, ideas, concepts or reprint my writing without asking me for permission.
http://vfwquilts.com 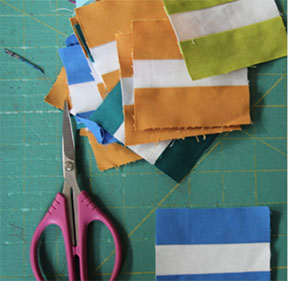 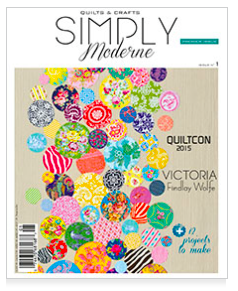 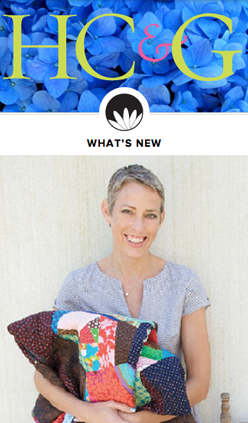 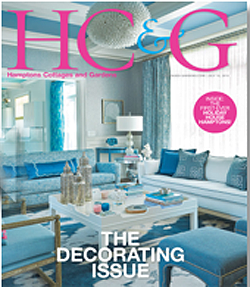